Will.i.am, a Grammy Award-winning artist has been dealing with the challenges of tinnitus for years. Tinnitus causes a ringing or other repeating sounds in the ear. There is no cure for tinnitus, but it can be managed. There is also a strong connection between tinnitus and hearing loss. The 45-year-old has said that his hearing loss is comparable to someone a lot older. He believes his hearing loss is related to years of loud environments in the music industry. Will.i.am is one of the most successful composers, producers, and recording artists in music history. He is also the founder and leader of The Black Eyed Peas. 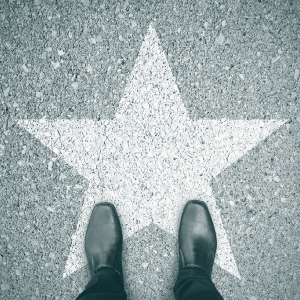 You may know 16-year-old Mille Bobby Brown from the popular Stranger Things series. On the show, Brown takes on the beloved role of Eleven. Brown was born with partial deafness in one ear and later lost her hearing entirely in that ear. She has said that it can make it difficult at times to hear the “action” cue from the Stranger Things director, Shawn Levy. However, it hasn’t stopped her from taking on new projects and she has now added singing to her talents.

Millicent Simmonds made her debut in the film Wonderstruck and later took on a role in the all-silent film A Quiet Place. The 17-year-old lost her hearing as an infant due to an overdose of medication. She is able to hear some sounds with the help of a cochlear implant. Her goal is to demonstrate that deafness is not an obstacle.

Whoopi Goldberg is a longtime comedian and actor who openly discusses her hearing loss. Goldberg wears hearing aids in both ears and believes her hearing was damaged through listening to loud music for many years. She has become very involved in educating younger generations about the dangers of listening to music at high volume levels on their portable listening devices.

Gerard Butler is a well-known actor who has starred in films such as Angel Has Fallen, Olympus Has Fallen, and 300. Butler suffers from tinnitus and hearing loss in one ear largely due to surgery he had as a child.

Halle Berry lost 80 percent of hearing in one ear due to domestic violence. She now advocates for domestic abuse victims.

There are many actors, musicians, and historically prominent figures who have struggled with hearing loss. They include actors Rob Lowe, Morgan Freeman, and Richard Thomas, and actresses Marlee Matlin and Halle Berry. Other well-known figures include musicians Les Paul, Peter Townsend (The Who), Brian Love (Beach Boys), inventor Thomas Edison, and, of course, Beethoven.

Many people in the entertainment world find that tinnitus has a major impact on their daily lives. Tinnitus is the hissing, ringing, or other sounds that are not actually present in the environment. There are instances in which the sounds are in unison with a heartbeat or blood flow.

Hearing loss and tinnitus are often connected. Not surprisingly, it is quite common with musicians. In fact, hearing loss and tinnitus are so common in the rock music world that the Hearing Education and Awareness for Rockers (H.E.A.R) was created. It provides information and helpful suggestions to minimize ear damage that can be caused by exposure to loud sounds, including music.

Former American president Ronald Reagan brought a lot of attention to the challenges that hearing loss can create. When President Reagan began using hearing aids, the media attention motivated many people to acknowledge their own hearing loss and to get help.

Another former American President, Bill Clinton, started using hearing aids in 1997 while in office. He attributed some of his hearing loss to playing in rock bands when he was young.

Hearing loss and the brain

About the Author: Brampton Hearing Healthcare

JG Lea Marketing is a consulting agency for medium to large businesses in the Toronto area. The ultimate goal is to merge data with design to create a cohesive, engaging brand. Marketing plans, strategies, and data analyses are at the forefront of everything we do.